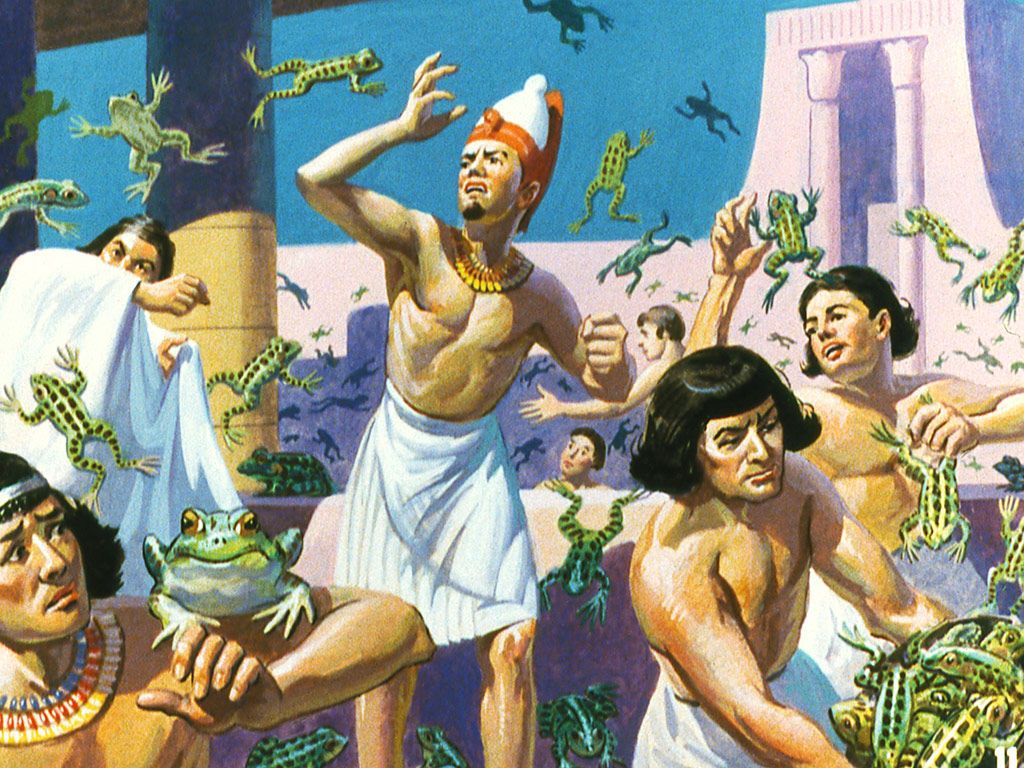 Top 8 displays of witchcraft in the Bible

Supernatural powers possessed by the heathen in the Old and New Testaments were actually witchcraft that drew power from Satan and demonic powers. In addition to performing miracles indicated in the Bible, these witches also had ability to foretell the future, communicating with the dead or with the living, and power to locate hidden things.

Below I highlight the top 8 displays of this witchcraft in the Bible.

Pharaoh kept a group of witches who could interpret dreams.

“In the morning his mind was troubled, so he sent for all the magicians and wise men of Egypt. Pharaoh told them his dreams, but no one could interpret them for him.”  Genesis 41:8

When Moses’s staff turned into a snake, the Egyptian witches did the same thing.

“Pharaoh then summoned wise men and sorcerers, and the Egyptian magicians also did the same things by their secret arts”  Exodus 7:11

When Moses turned water into blood, the Egyptian witches did the same thing.

“Moses and Aaron did just as the Lord had commanded. He raised his staff in the presence of Pharaoh and his officials and struck the water of the Nile, and all the water was changed into blood. 21 The fish in the Nile died, and the river smelled so bad that the Egyptians could not drink its water. Blood was everywhere in Egypt.

22 But the Egyptian magicians did the same things by their secret arts, and Pharaoh’s heart became hard; he would not listen to Moses and Aaron, just as the Lord had said. 23 Instead, he turned and went into his palace, and did not take even this to heart”   Exodus 7:20-22

When Aaron stretched his hands and frogs appeared, the Egyptian witches did the same thing.

“6 So Aaron stretched out his hand over the waters of Egypt, and the frogs came up and covered the land. 7 But the magicians did the same things by their secret arts; they also made frogs come up on the land of Egypt.” Exodus 8:6-7

“So the king summoned the magicians, enchanters, sorcerers and astrologers[a] to tell him what he had dreamed. When they came in and stood before the king, 3 he said to them, “I have had a dream that troubles me and I want to know what it means.[b]”  Daniel 2:2-3

Jezebel practiced a lot of witchcraft.

“When Joram saw Jehu he asked, “Have you come in peace, Jehu?”

“How can there be peace,” Jehu replied, “as long as all the idolatry and witchcraft of your mother Jezebel abound?”

King Manasseh was deeply involved in witchcraft to the extent he sacrificed children.

“He sacrificed his children in the fire in the Valley of Ben Hinnom, practiced divination and witchcraft, sought omens, and consulted mediums and spiritists. He did much evil in the eyes of the Lord, arousing his anger.”

“Now for some time a man named Simon had practiced sorcery in the city and amazed all the people of Samaria. He boasted that he was someone great,” Acts 8:9

King Saul and the witch of Endor -the greatest display of witchcraft in the Bible.

“Then the woman asked, “Whom shall I bring up for you?”

“Bring up Samuel,” he said. 12 When the woman saw Samuel, she cried out at the top of her voice and said to Saul, “Why have you deceived me? You are Saul!” 13 The king said to her, “Don’t be afraid. What do you see?” The woman said, “I see a ghostly figure[a] coming up out of the earth.” 14 “What does he look like?” he asked. “An old man wearing a robe is coming up,” she said.

Then Saul knew it was Samuel, and he bowed down and prostrated himself with his face to the ground” 1 Samuel 28:11-14

7 reasons the Name of Jesus is powerful